A few weeks ago I became an Aunty to a very sweet little niece.  What better excuse do I need to craft some cute things? 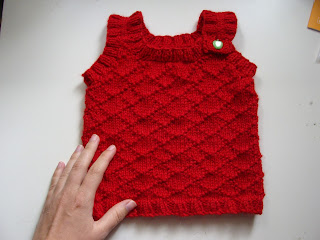 I actually started on this knitted baby vest before we knew if we were getting a niece or a nephew.  I was having a long weekend in the Hunter Valley and picked up some red baby alpaca wool, and just knew I needed to start knitting something for the little one. 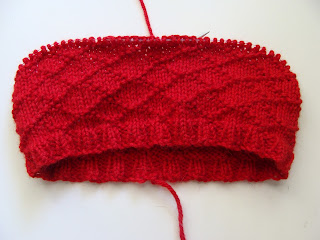 I combined bits of different online patterns to make this vest and drew up the diamond pattern myself.  It worked really well! 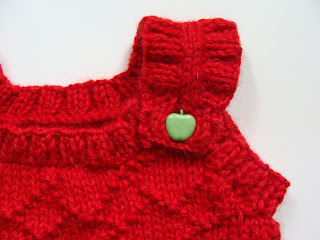 There is one extra special thing about this vest, and that is the little green apple button.  A couple of Christmases ago, boyfriend's mum gifted me her button collection - the same buttons that boyfriend and his sister used to play with as kids.  One of those buttons was this little green apple - so it has essentially been passed down from one generation to the next, and now the one after that. 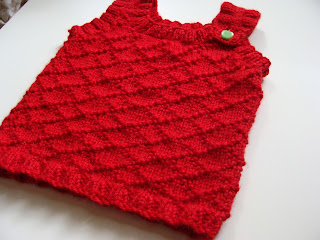 I just can't get over how damn cute this vest is.  So little!
Posted by Stitchybritt at 5:58 PM 3 comments: Links to this post

Last night friends of ours had a housewarming party, and at the last minute I decided to whip up some sewn gift bags to give some small gifts in. 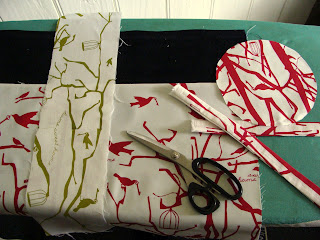 I took some blocks of fabric from my stash and shaped them into little tote style bags.  One would be a plain flat carry bag with handles, the other a round-base bag for carrying a bottle of wine.  The fabric with birds and trees was kindly given to me by Nikkishell.  The print says 'home sweet home' - perfect for housewarming party gifts! 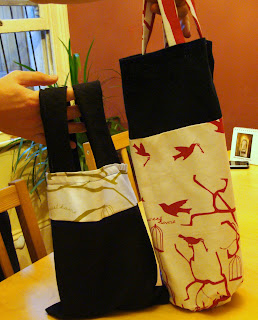 Very simple, but a nice handmade touch and I'm glad I made the effort (even if I was rushing to finish them off 10 minutes before other friends showed up at the door to come with us to the party). 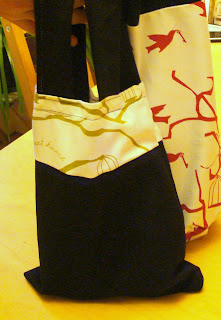 And what went into the bags?  Homemade pickles and sauce of course! 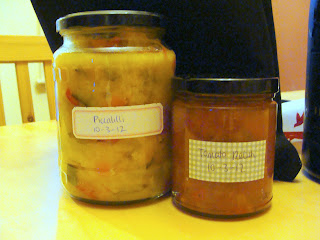 How to deal with a glutton 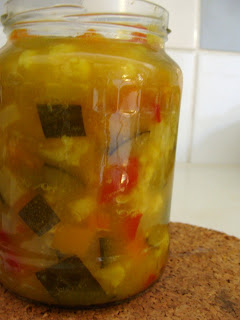 ...a glutton of veggies that is!

The end of summer always brings a bounty of fruit and veg. In our co-op box we have been getting large quantities of stone fruit, bags and bags of tomatoes and an overwhelming supply of every other summer veg. The challenge is to use it quickly as it's already ripe when we receive it - and won't last long. Lately our kitchen has become a centre for jam making and pickling, going through large quantities of both sugar and vinegar. 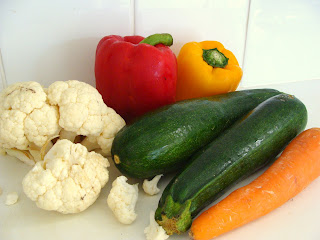 On the weekend I tried my hand at making Piccalilli relish. I grabbed a bunch of veggies, diced them, then soaked them in brine overnight. 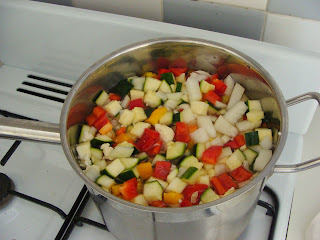 The next day I put a cup of sugar, some ground ginger and mustard powder into a saucepan, then poured in a cup of vinegar. I added the veggies (drained of brine) and a few cups of water, brought it to the boil then let it simmer for 20 mins. 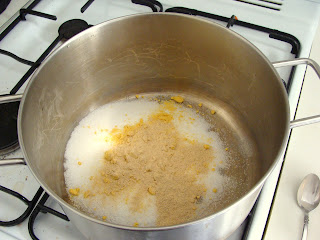 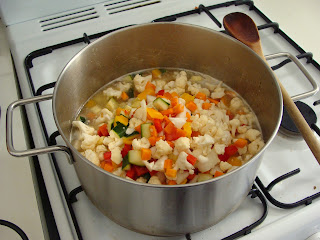 Then I made up a paste of vinegar, flour and tumeric (to give the Piccalilli the classic yellow colour) and added that to the pot. 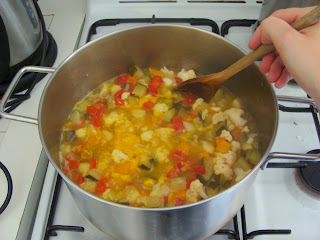 Then it was ready! I spooned the hot Piccalilli into sterilised jars and sealed them up (me, make a mess? never!) 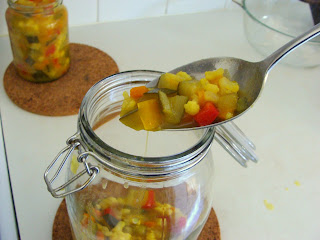 Some recipes say to keep the recipe in the fridge, others say it is ok in the cupboard. I'm taking the safe path and putting it in the fridge, however I suspect there's enough sugar and vinegar in there to keep any nasties at bay for a while. 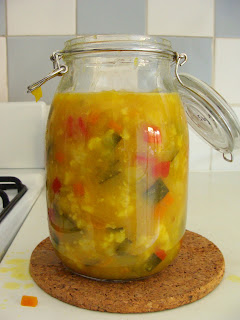 Is anyone else madly pickling and canning at the moment?
Posted by Stitchybritt at 9:36 AM 4 comments: Links to this post 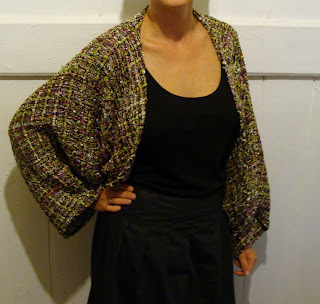 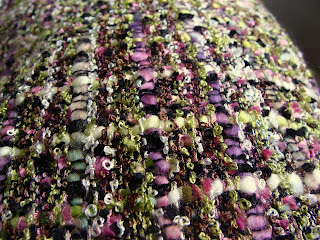 I bought this woven silk fabric from a specialty fabric store in Sydney.  It was not cheap!  Hence, I was afraid to cut into it at first - one small slip with the scissors could have ended in disaster.  Thankfully it all turned out ok - I used Burdastyle's Sarah pattern to make this jacket/cape/bolero.  It's lovely and snuggly for when the autumny weather starts to settle in. 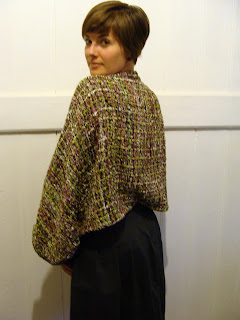 I only got to take a few quick photos before wrapping it up to be posted to my Mum.  And she loves it! I think it's a winner! 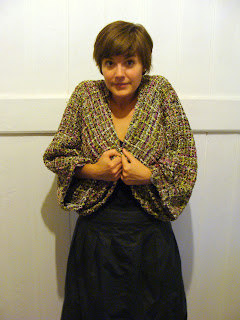 Stitchybritt
Sydney, Australia
I'd rather make stuff than buy stuff.

Where to find ethical fabric